Passive Load
In designing a thermoelectric (TE) cooling system, one of the most important processes is reaching an understanding of your thermal load. Without this vital information, you cannot wisely choose the best TE device or heat exchangers for the job. Each thermoelectric system has a unique capacity for moving heat. While it is possible to simply build up a system and then see what it will do, it is usually far more prudent to optimize your system for the desired outcomes. There is no better place to start, than with a good, solid estimate of how much heat must be removed from your thermal load to achieve the performance objectives.
There are two components to thermal load in TE systems: active and passive. Active load is found whenever part of the load actually produces heat. An example would be an electronic circuit in an enclosure; the circuitry would dissipate wattage based on its voltage and current requirements. Many TE applications don’t have an active load (e.g., a food and beverage cooler) and this term can be entirely discounted in these cases. Nearly all TE systems, however, must cope with the passive portion. To maintain a temperature difference between a thermal load and the ambient environment, a certain amount of energy must be continually moved into (for heating) or out of (for cooling) the load. The rate at which this energy is moved (usually expressed in watts), is the passive load.
One way to conceptualize passive load, is to look at it like a leaky boat. Water is continually streaming into the boat through all of the various leaks (e.g., holes, faulty seals, etc.). The more leakage there is, the faster the water will come into the boat. Faced with this situation, if you wanted to maintain the boat at a certain level in the water (and you couldn’t repair the leaks), you would have to bale out the water at a certain rate. If you bale too slowly, the boat will sink lower; if you dump the water too quickly, you may rise above the desired level (which may or may not be a problem). Ideally, of course, you would repair the boat at the first opportunity so you could minimize your future rate of baling.
With a TE system, you are trying to keep your thermal load colder or hotter than the ambient temperature. Unfortunately, no matter how well you design your system, there will be some leaks. There is no type of insulation with an infinite thermal resistance, so some heat will pass right through your primary line of defense. Furthermore, seals used to cope with the inevitable holes (e.g., doors, TE engine pass-through, etc.), will also be imperfect. Thus, in a cooling application, some heat is going to leak into the thermal load from the ambient environment. To paraphrase a popular sports expression, “You can’t stop it, you can only try to contain it.” So you bale, only this time you are baling out heat, and you’re not using a bucket or a water pump, but a thermoelectric system—one which is steadily pumping watts out of (or into for heating) the thermal load.
So . . . how do you quantify your passive load? First you have to identify the greatest temperature difference (between your thermal load and the ambient environment) that can occur. For instance, if you’re cooling, what is the highest ambient temperature and how cold will your load need to be in that circumstance. This is generally your worst
Introduction To Thermoelectrics 7
case. If you design your system so that you’ll have enough cooling capacity in that worst case, you’ll have more than enough potential for every other situation. The worst-case difference between your ambient and load temperatures, will be your ‘ΔT’ in the equations which follow. 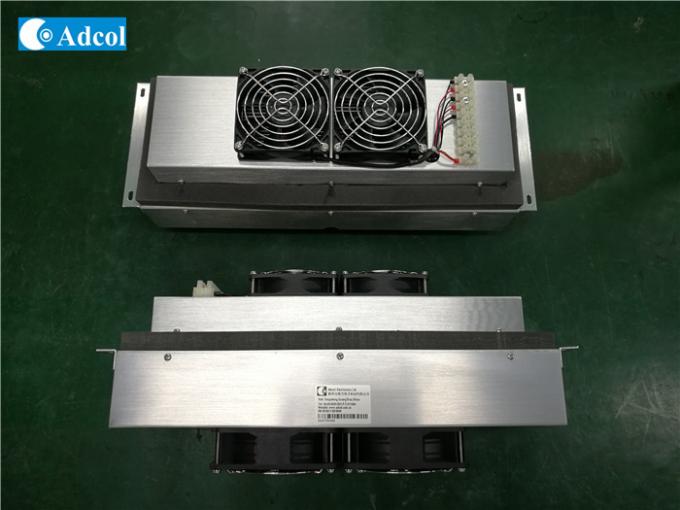