Thermoelectric cooling uses the peltier effect to create a heat flux between the junction of two different types of materials. A Peltier cooler, heater, or thermoelectric heat pump is a solid-state active heat pump which transfers heat from one side of the device to the other, with consumption of  electrical energy, depending on the direction of the current. Such an instrument is also called a Peltier device, Peltier heat pump, solid state refrigerator, or thermoelectric cooler (TEC). It can be used either for heating or for cooling, although in practice the main application is cooling. It can also be used as a temperature controller that either heats or cools.

This technology is far less commonly applied to refrigeration than vapor-compression refrigeration is. The primary advantages of a Peltier cooler compared to a vapor-compression refrigerator are its lack of moving parts or circulating liquid, very long life, invulnerability to leaks, small size, and flexible shape. Its main disadvantages are high cost and poor power efficiency. Many researchers and companies are trying to develop Peltier coolers that are cheap and efficient. 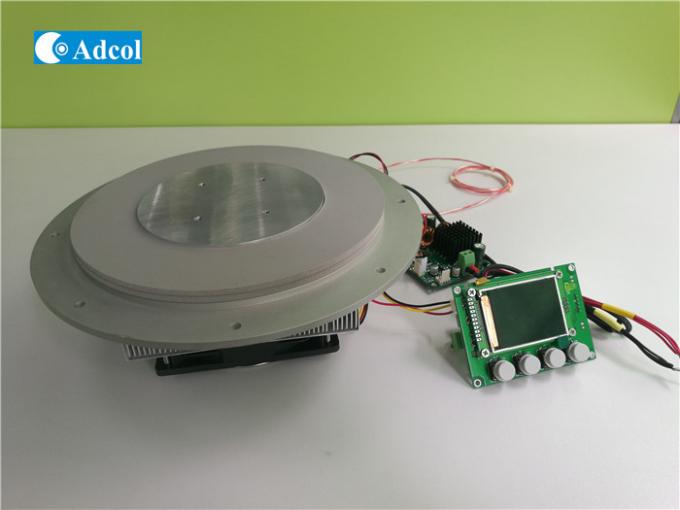